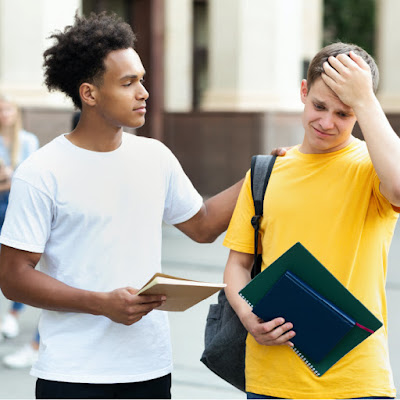 I will praise the Name of God with a song; I will magnify him with thanksgiving.
This will please the Lord more than an ox or a bull with horns and hoofs.
Let the oppressed see it and be glad; you who seek God, let your hearts revive.
For the Lord hears the needy, and does not despise his own that are in bonds.
♒︎ Ps 69:30-33
♒︎

It's very common among those who claim to take the Bible literally to believe that the Bible speaks with one voice. But the best argument against such literalism is that same Bible, for there are times when it debates itself. In some places in the Bible (e.g. Ezra 10), outsiders are thought of as an impurity, and blessing is promised to Israel if foreign spouses and children are sent away. In others (e.g. Isaiah 56), foreigners are specifically included among God's people. Another example of a debate being carried out within the pages of the Bible is adherence to God's law. I'm not talking about a debate going on between the Hebrew and Christian scriptures, but within the Hebrew scriptures themselves. In the Pentateuch (the first five books), ritual is the most important component to worship. In the prophetic tradition, however, adherence to ritual is all but condemned if it is not accompanied by justice and integrity of heart. One of the most oft-quoted examples of this belief is found in Psalm 51—a prayer prayed every Ash Wednesday in most churches. And here in Psalm 69 we see it again. Not only can praise and thanksgiving take place without ritual sacrifice, but they are clearly to be preferred to ritual. As I said on July 1, the psalms and the prophets remind me that ritual is but a temporary resting place, not an abiding home.
♒︎
But more beautiful still than the teaching that integrity of praise is more important than ritual, is the connection between worship and justice that we see in Psalm 69:32-33. A clear connecting line is drawn from praise to thanksgiving to God's love for the needy and the promise of deliverance for the oppressed. It might be that the psalmist is here talking about God's direct intervention in the world on their behalf. But it seems much more likely that the message is that it's integrity in worship—and not ritual—that strengthens me to do God's work in the world. My belief that God has acted in the past does not excuse me from speaking with God's voice and being God's hands in the situation I find myself in here and now.
♒︎
Forgive my dependence upon ritual, Lord. Instead, put pure gratitude in my heart and true praise on my tongue. And forgive the cowardice that allows me stand by and quote scripture, rather than acting on behalf of those in need. Grant me courage to use the resources you have given me, not to line my own nest, but to reach out to others in Jesus' Name, who taught me to pray: Our Father...