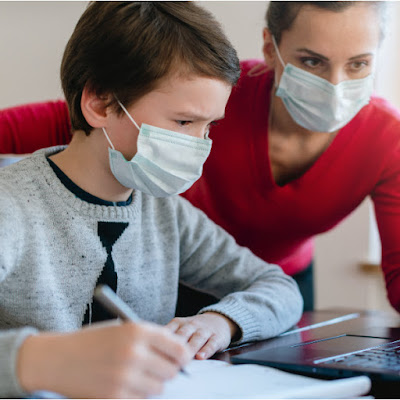 Sing to God, make melody to his Name! Rejoice before him who makes of the heavens a highway—Jah is his Name, and rejoice before him. Father of the fatherless and protector of widows is God in his holy habitation.
⁌Ps 68:4-5⁍


God is security to those on whom society as turned its back. God is a Parent to children who need a parent. That's what Psalm 68:5 is telling us. And it's message that I need to hear now more than ever, for more than at any time during my life, there are vulnerable people in the world... in my country... in my own community.

I have been devastated by comments from persons in leadership positions who seem so willing to sacrifice senior citizens and those with serious health conditions. We seem perfectly willing to thrown them under the bus in the hope of jumpstarting an economy that has been ravaged by a pandemic. But if God is the "protector of widows," is it not easy to assume that God is deeply concerned with the physical well-being of elderly women and men? And as creatures uniquely made in God's image, should we not also care for those whom God loves?

And if this is true of women and men who find themselves alone in the world during their senior years, what of our children? Even as political parties cancel conventions because they know they cannot safely bring people together for just a few days, some politicians are demanding that all schools reopen, bringing children together for weeks and months on end. Once again, those who need the most care and protection are the ones we're willing to turn into guinea pigs at best... or sacrificial lambs at worst. But once again, God's priorities appear to be the opposite of ours.

I don't think this interpretation is in any way a distortion of the scriptures. In the verse that directly precedes the one about the widows and orphans, God's Name is given. And God's Name is never, ever taken lightly in the Hebrew Scriptures. It is holy. It must never be spoken in vain. It is somehow part of the very essence of who God is. And so if I place these two consecutive verses side-by-side, it's clear that God's love for and protection of the needy, weak, and vulnerable is part of God's identity—perhaps second only to God's very Name.

It can be very discouraging to live in a society which tosses the Name of God around like a political football, all the while placing those whom God attends to in harm's way. But I must take my discouragement to God in prayer, and receive from the Most High the strength, the courage, and the will to continue to advocate and work for justice for all people—especially those whose voices seem to be completely drowned out in the clamor of today's rhetoric and the distortion of society's priorities.

When I seek you, O God, help me to look beyond the walls of my church, and beyond my own house, to find you in the unlikeliest of places: the classroom, the nursing home, the homeless shelter, the detention center, the cross on the hill... in the Name of the homeless Christ, who paused in his wanderings to teach me this prayer: Our Father...