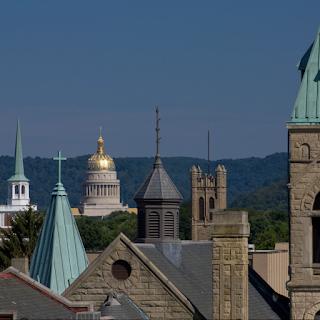 Way back when, Carly Simon questioned her own perception of the present in the song Anticipation. Was she really living in the moment, or was she already looking forward to something better?

I think about this when I meditate on the state of the church. The religion that best represents my beliefs seems to have peaked in the days leading up to Ms. Simon's hit song. Mainline churches didn't know it in the 50's and 60's, but they'd soon begin a decline that still hasn't been reversed. Though certain other churches have grown during that same period, the population of the United States is far less Christian than it once was. Indeed, the number of people who claim to have no religion at all is roughly the same as the number of people who now belong to the once dominant mainline Protestant churches (Methodists, UCC, Disciples, Lutherans, Presbyterians, Episcopalians, etc.).

Thus, I've spent my entire adulthood living with this reality. But what were my forebears thinking back then? Were they anticipating a bright future, did they see difficulties down the road, or were they living in the moment?

This is the filter through which I read the following verse:
Lord, where is your steadfast love of old, which by your faithfulness you swore to David?
✙ Ps 89:49
✙

It's easy to feel rejected and therefore dejected. It's easy to dwell in the past, and it's even more attractive to be anxious about the future. And the psalmist seems to be right there with me. But that's not where Jesus is.

So do not worry about tomorrow, for tomorrow will bring worries of its own. Today’s trouble is enough for today.
✙ Matthew 6:34
✙
I understand that Carly Simon's family was half Christian and half Jewish, so I don't know what her beliefs are. But she also seems to have wound up in the same place that Jesus did in the Sermon on the Mount when she ended Anticipation with these words: Stay right here 'cause these are the good old days.

O God my Creator, your kindness has brought me the gift of a new morning. Help me neither to cling to yesterday, nor covet tomorrow, but to accept the uniqueness of today. By your love, celebrated in your Word, seen in your Son, brought near by your Spirit, take from me what I need carry no longer, so that I may be free again to serve you and to gratefully receive the service of my neighbors. I pray in his Name who taught me: Our Father...
✙ Common Order, Church of Scotland (alt.)
✙
Carly Simon • Anticipation