Our God, Our Help 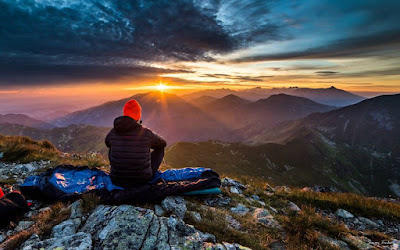 The first hymn of any hymnal tells you something about the denomination that uses it. For example, Methodists always put O For a Thousand Tongues (by Charles Wesley) as the first hymn in their official hymnal. The Chalice Hymnal of the Christian Church (Disciples of Christ) has Joyful, Joyful, We Adore Thee as its first hymn.* The UCC's New Century Hymnal has Immortal, Invisible, God Only Wise as № 1, probably chosen as a compromise between its two predecessor denominations: The opening hymn in the old E&R Hymnal was Holy, Holy, Holy, and № 1 in the Pilgrim Hymnal (of the Congregational Christians) was Isaac Watts' paraphrase of Psalm 90, Our God, Our Help in Ages Past. It's hard to overstate how well loved this last song was (and still is) in many churches that identify themselves as being from the Congregational tradition.

I remember being invited to preach at an evening chapel service in a retirement community in La Jolla, California. One of the hymns I'd chosen was my congregation's favorite: Our God, Our Help in Ages Past, and I noted some commotion as we sang it. After the service was over, I asked someone what that was about, and they told me that the people were rather upset about that musical choice, because they associated that hymn only with funerals.

Psalm 90 does indeed speak of how fleeting life is, but the true context is established at the very beginning:

Lord, you have been our dwelling place in all generations.
Before the mountains were brought forth, or ever you had formed the earth and the world, from everlasting to everlasting you are God.
✙ Ps 90:1-2
✙

Any subsequent discussion of mortality is cast in the light of the eternity of God, and any doubt of the fate of a child of God is assuaged with the opening verse:

Our† God, our help in ages past,
our hope for years to come,
our shelter from the stormy blast,
and our eternal home:

Under the shadow of thy throne
thy saints have dwelt secure;
sufficient is thine arm alone,
and our defense is sure.

Before the hills in order stood,
or earth received her frame,
from everlasting thou art God,
to endless years the same.

A thousand ages in thy sight
are like an evening gone;
short as the watch that ends the night
before the rising sun.

Time, like an ever rolling stream,
soon bears us all away;
we fly, forgotten, as a dream
dies at the opening day.

Our God, our help in ages past,
our hope for years to come,
be thou our Guide while troubles† last,
and our eternal home. Amen.
✙ Ps. 90, paraphrased by Isaac Watts (1719)


*Though this is the first hymn, it is actually № 2 in the hymnal. The № 1 spot is occupied by a poem, which I think more than the first hymn, is intended to reflect the theology of both the denomination and its hymnal. It's an 800-year-old prayer by Mechthild of Magdeburg entitled Praising God of Many Names:
O burning Mountain, O chosen Sun,
O perfect Moon, O fathomless Well,
O unattainable Height, O Clearness beyond measure,
O Wisdom without end, O Mercy without limit,
O Strength beyond resistance, O Crown beyond all majesty:
The humblest thing you created sings your praise.
†I prefer these lyrics as they are found in the Pilgrim Hymnal. They are often changed in other versions (as they are in the music video above).