Shepherd of His People 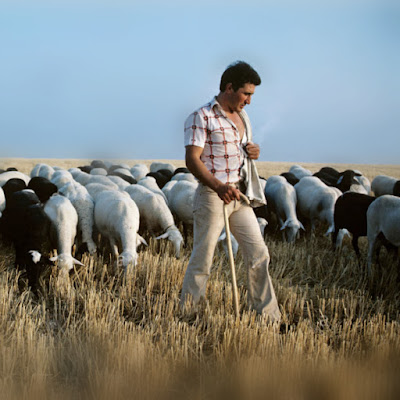 He chose his servant David, and took him from the sheepfolds; from tending the nursing ewes he brought him to be the shepherd of his people Jacob, of Israel, his inheritance.
With upright heart he tended them, and guided them with skillful hand.
❧ Ps 78:70-72


God once again speaks to us about leadership. David, an humble shepherd who cares tenderly for his sheep, is brought in from the fields to tend the flock of Israel. It is not pointless that we see the movement here that we do—from the fields to the halls of power, the same man who tended nursing ewes now skillfully guides his people. Nor is it by accident that we are told of David's upright heart, for this is God's ideal for ethical and strong leadership. What is noteworthy elsewhere in the scriptures is that David's actions did not always reflect God's will for him. But when he fell short, his admission of guilt was both profound and life-changing. This, too, I suppose, is part of the biblical definition of upright: not that a leader's life must always be spotless and pure, but that we ask for (and practice!) forgiveness, allowing past mistakes to change present and future attitudes and behaviors.
Send us leaders, Lord, who embody the humility, skill, and tenderness we see in these verses; in the Name of the Good Shepherd, who taught me to pray: Our Father...