I Treasure Your Word 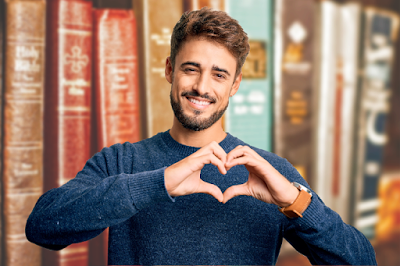 I treasure your word in my heart, so that I may not sin against you. Blessed are you, O Lord; teach me your statutes. With my lips I declare all the ordinances of your mouth. I delight in the way of your decrees as much as in all riches.
✙ Ps 119:11-14
✙
Psalm 119 is not only incredibly long, it's arranged in a unique way. It has 176 verses divided into 22 sections of eight verses each. Each section is named after a different letter of the Hebrew alphabet, because every verse in each section begins with the corresponding letter. Thus, each of the first eight verses begins with א‬, the first letter in the Hebrew alphabet (aleph, equivalent to A); and each verse of the final section (verses 169-176) begins with the final letter of the Hebrew alphabet—ת (tau, equivalent to T). Though all the verses have a common theme—love for God's law—there is no real logic to their arrangement other than that of the alphabet.

But not everyone agrees with that last sentence, and here I'll defer to Calvin who points out a not-so-random order in the verses of today's section (9-16), all of which begin with the letter ב (beth, or B). Here's how he connects Psalm 119:13 to the rest of Section ב:


In this verse he declares that the law of God was not only deeply engraven on his own heart, but that it was his earnest and strenuous endeavor to gain over many of his fellow-disciples into subjection to God. It is indeed a heartless matter to speak of the law of God abstractly, as we see hypocrites do, who talk very fluently about the whole doctrine of godliness, to which they are entire strangers. What the prophet noticed above, respecting the affection of the heart for God's law, he now likewise applies to the lips. And, immediately afterwards, he again establishes the truth of what he had asserted about his cordial and unfeigned endeavors to instruct others; by saying, that he derived no less pleasure from the doctrine of God than from all the riches of the world. He indirectly contrasts his holy love for the law, with which he was inflamed, with the unholy avarice which has taken possession of almost all the world. 'As wealth attracts to itself the hearts of mankind, so I have taken more exquisite delight in the progress which I make in the doctrine of godliness, than if I abounded in all manner of riches.'

Make me like the mother of my Lord, O God, who on the night of his birth, treasured the words of the shepherds in her heart. And make me like those shepherds, who boldly left the side of the manger proclaiming all they had seen and heard. In the Name of him who taught me to pray: Our Father...
I know you came to rescue me.
This baby boy would grow to be
a man, and one day die for me and you.
My sins would drive the nails in you;
that rugged cross was my cross, too—
still every breath tou drew was Hallelujah!