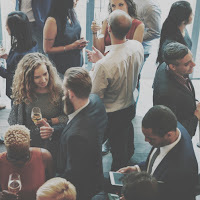 "What do you do for a living?"
It's one of the most common questions people ask when getting to know each other.
I remember being asked that question once at a cocktail party in La Jolla. "I'm a pastor," I replied.
"That's fine for you," responded the guy who'd asked me, "but don't try to convert me to your religion."
Rather irked at his comeback—after all, I was just answering his question—I decided it was my turn. "What do you do for a living?" I asked.
"I own a jewelry store," came the reply.
"That's fine for you," I told him, "but I don't wear jewelry, so don't try to sell me any."
The Bible is not nearly as concerned with asking us who we are as it is with reminding us whose we are. There has never been a time when we have not been a child of God, and there will never come a time when that relationship ends. In birth and in death, in joy and in pain, in certainty and doubt, hope and despair, we are the Lord's. When we feel like we're better than somebody else, let us remind ourselves that we all have the same heavenly Parent. And when others try to tell us we're not as good as they are, let us listen instead to the voice that tells us that nothing can separate us from the love of God.
✙
Whether we live or whether we die, we are the Lord’s.
✙ Romans 14:8
✙

✙
As I scramble about, O God, trying to figure out who I am, remind me of the one thing that matters: I am yours and you are mine; in Jesus' Name.
✙