It is I who by my great power and my outstretched arm have made the earth, with the people and animals that are on the earth, and I give it to whomever I please.
✙ Jeremiah 27:5
✙ 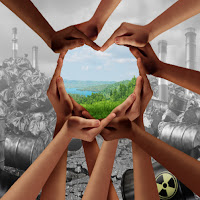 One of the most controversial concepts in the field of religion as the 20th century came to a close was the rise of liberation theology. Though it came to the fore in many areas of the world, it is the Latin American form of liberation theology that was best-known (and most debated) in the United States.
Mostly a reaction to poverty and social inequality, one of the main claims of liberation theology is God's preferential treatment of the poor. Though this is a claim that ruffles many feathers, in the life and teachings of Christ, we cannot reject this teaching outright. He was moneyless and homeless, and appeared to identify with the poor, even when he ministered to the rich.
Nowhere do we see a gospel version of this theology more clearly than in the opening sentences of Christ's Sermon on the Mount, which we call the Beatitudes. In the Beatitudes, Jesus claimed God's blessing for the poor, the dejected, the non-violent, the hungry, the meek, and the persecuted. Moreover, their placement—both in the order of the gospel and the geography of the land—seemed to make these Beatitudes the New Testament equivalent of the Old Testament's Ten Commandments.
No matter what we believe about modern liberation theology, Christians need to open themselves up to the idea that God is deeply concerned for the well-being of the underprivileged. The earth and its inhabitants, as we read in the 24th Psalm, belong to God. When rich nations and powerful people use the land and its resources with no consideration for those who are suffering, then we are acting against the clearly stated will of God.
May we pray for wisdom to treat creation as the gift God intended it to be—not just for some, but for all.
✙
Blessed are the meek, for they will inherit the earth.
✙ Matthew 5:5
✙

✙
Eternal One, Source of light and life, whose love extends to all people, all creatures, all things: Grant us a reverence for life which becomes those who believe in you; lest we despise it, degrade it, or come callously to destroy it. Rather let us save it, serve it, and sanctify it, after the example of your Son Jesus Christ our Lord.
✙ Robert Runcie
✙