The Lord was my stay. He brought me out into a broad place. 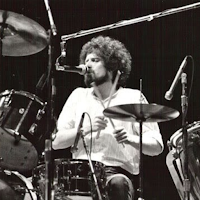 Freedom is the bedrock of our lives, or so we think. We're free to choose, free to speak, free to do. But are we really that free? Anybody my age remembers a song by the Eagles called Desperado. And one of its most memorable lines goes like this:

Freedom? Ah freedom.
That's just some people talking.
Your prison is walking
through this world all alone.

Though I suspect most of us don't consciously subscribe to what Don Henley sang back in 1973, there must be some reason we're haunted by those words; there must be some truth to what we're hearing—why else would we remember it so well?
The fact of the matter is that our choices often leave us in the wrong place. We choose what's best for ourselves, but we're unable to see self as part of a whole. We know what we want. We think we know what we need. But we seldom know what's best.
In the Bible, Matthew made a choice. He chose riches over poverty. He chose coöperation with an occupying power over life under the oppressor's heel. But, despite his money and the goodwill of the government, he wasn't free. Though he could come and go as he pleased, his prison was his loneliness.
Jesus saw this. And Jesus was able to look beyond Matthew's wants and invite him into the broad place of God's love. It mattered not that Matthew lacked the respect of his people. Jesus saw what they could not. And so when he said to him, "Follow me," that's exactly what Matthew did. Though perhaps he didn't know it until that very moment, he was awaiting his Liberator. And in servanthood to God, he was finally granted freedom.
✙
Jesus saw a man called Matthew sitting at the tax booth; and he said to him, “Follow me.” And he got up and followed him.
✙ Matthew 9:9
✙

✙
Set us free, O God, from the bondage of our sins, and give us the liberty of that abundant life which you have made known to us in your Son our Savior Jesus Christ.
✙ Book of Common Prayer
✙