The Temptation of Wealth

But remember the Lord your God, for it is he who gives you power to get wealth, so that he may confirm his covenant that he swore to your ancestors, as he is doing today.
✙ Deuteronomy 8:18
✙ 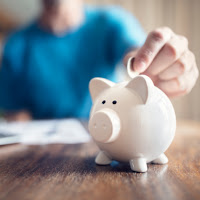 Many people have trouble with the part of the Lord's Prayer that says, Lead us not into temptation. "If God is good, why would God tempt us to do evil?" they ask. Indeed, so prevalent is this opinion that the Roman Catholic pope wanted to change it in the mass to Do not let us fall into temptation. One modern translation perhaps comes closer to the mark with Do not bring us to the time of trial. There's no "time of" in the original, though. It should probably be rendered just Do not bring us to trial. The reality is that Jesus was telling us that there's a component to temptation that also involves God.
The way I make sense of this is by thinking about those foibles and sins that Jesus warned us most strongly against. And a thorough reading of the gospel reveals that, more than anything else, Jesus told us to steer clear of wealth and greed and dependence on those things that were not God. Even worry—something Jesus told us was less than useless—is often ingrained ingrained in material possessions.
Moses told Israel that, not only did God create all things (including wealth), but that the power to get it is also from God. What we do with it once we get it, however, is up to us. If it makes us greedy and selfish, if it makes us overly preoccupied with our possessions, then we have fallen to temptation which, in the end, has its origin in God.
I think this is why Jesus taught us first to pray for our daily bread. Rather than ask for a storehouse of stuff we don't need today, we're enjoined to ask for just enough so that our dependence on the Divine remains a reality in our life. Just as Israel in the wilderness could collect only enough manna for each day, so we are to keep the gifts of God that we need, and share all other blessings with those in need.
✙
John answered, “No one can receive anything except what has been given from heaven.”
✙ John 3:27
✙

✙
When I pray for my daily bread, O loving Creator, forbid that in my heart I harbor a lust for more than I need.
✙