Then the nations that are left all around you shall know that I, the Lord, have rebuilt the ruined places, and replanted that which was desolate.
✙ Ezekiel 36:36
✙ 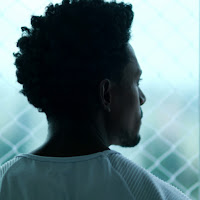 We find desolation when there has been warfare or environmental disaster. But we also find desolation where people are alone or divided, where people are turned against their neighbor, where people are treated unjustly, where there is hunger or sickness or addiction. Desolation can be found where there is too much want, and also where there is too much dependence on luxury. Wherever God's people lack wholeness, that is where desolation is found.
But in Christ, there is healing. In the teachings of Christ, people are given new priorities. Through his love for us, enemies are forgiven and brought into a single fold. In his death and resurrection, we understand that the impossible is possible and that there is always a future.
In this era of hatred and division when the future of the planet is threatened by human selfishness, may we look to the One who placed others' needs before his own, and who brought enemies together. Thus will desolate fields be replanted with the wholeness of God.
✙
Among them were some men of Cyprus and Cyrene who, on coming to Antioch, spoke to the Hellenists also, proclaiming the Lord Jesus. The hand of the Lord was with them, and a great number became believers and turned to the Lord.
✙ Acts 11:20-21
✙

✙
Bring your people together, Lord; make us whole.
✙