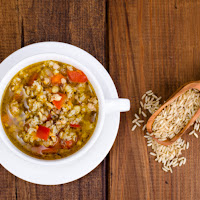 Today was the final truly ordinary Sunday of 2021. The last two weeks were special: First Reformation Day, then All Saints Sunday; next Sunday is Thanksgiving Sunday, followed by Advent and Christmas. But today was just a regular Sunday—the 25th after Pentecost, to be exact. One of the highlights of today's service was two pieces played by our bell choir. We sang two very familiar hymns: Joyful, Joyful, We Adore Thee and Blessèd Assurance, Jesus is Mine. And the scripture was from Hebrews 10.  The sermon concentrated on Hebrews 10:24—Let us consider how to provoke one another to love and good deeds.

Here's the video of the complete service, followed by a transcript of the sermon in its entirety.

Christian Provocation
Let us consider how to provoke one another to love and good deeds.
—Hebrews 10:24
There may be some of you out there this morning who prefer to read the Authorized—that is, the King James—Version of the Bible. You like tradition. You like the dignity of the translation. You find the language beautiful. Nowhere is this more the case than in the Book of Psalms. I know that the Psalms were originally written in Hebrew. But somehow, reading them in the King James Bible makes me feel more like I’m reading them in the original language, so beautiful do I find it.

But things with the KJV aren’t always so rosy. And one of the problem areas we find with the translation is when we open our Bibles to what most modern translations refer to as the Letter to the Hebrews. Now, “Hebrews” is just a name we have given it. It doesn’t call itself the Letter to the Hebrews. But it does open with the words, “Long ago God spoke to our ancestors in many and various ways by the prophets.” If the first words are intended to tell us to whom the letter was written, then clearly it was the people whose ancestors God spoke to through the prophets—namely, the Hebrew people.

But if you open your King James Bible to that same page—the one that opens the Book of Hebrews—you’re likely to find these words: The Epistle of Paul to the Hebrews. And very often we would either ignore this, or assume that it’s correct. Paul wrote letters to the Romans and Corinthians and Galatians and Colossians; why not a letter to the Hebrews?

Well, all those other letters say they were written by Paul. Hebrews makes no such claim. In fact, Hebrews makes no claims of authorship. It’s an anonymous letter written to those whose ancestors God spoke to through the prophets. And its style is very different from those of Paul’s letters. So not only is there no reason to think Paul wrote Hebrews, we now know that he almost certainly did not.

So let’s drop the notion that the author might have been Paul and simply receive this letter in Jesus’ Name and be thankful for whoever wrote it.

In today’s passage from the tenth chapter, I think we can quickly see one of the reasons behind the Letter to the Hebrews. It’s addressing the Christian faith from a very Hebrew point of view in order to help explain why we believe what we do.

Traditionally, we’ve believed that Hebrews was written around thirty years after Jesus’ death and resurrection—that is, before the destruction of the Jewish temple by the Romans. In Hebrews 10 we read a great deal about how the high priest enters the sanctuary, makes sacrifice, and sprinkles blood. Hebrews argues that Jesus is the eternal High Priest, and that the purest and final sacrifice was his own body and blood. Any need for sacrifices after Calvary ended, and any need for a priesthood was also ended. Jesus performed both functions.

So let us hold fast to the confession of our hope without wavering, says the writer of Hebrews, for the One who has promised is faithful. Here, she or he settles the minds of the readers and turns—however briefly—to a different topic. There’s a movement here we see in the letters that come both before and after Hebrews, in the letters of Paul and in the letter of James. And that is the relationship between what we believe and how we behave.

I want to share with you a little experience here that I promise will end up making sense in this context. It was over twenty years ago when I was pastoring a church in Bogotá, Colombia. Specifically, this was in a cafeteria line. Now, I never studied Spanish a day in my life, so my Spanish was pretty basic. I might’ve understood the simplest way to say things, but anything beyond that was something new to me—often confusing, but always fascinating.

And so here I was in a cafeteria line, me on one side and the workers on the other. And when I got to the soup lady, she asked me a strange question. I was just getting used to the fact that people down there often added rice to the soup, but she didn’t ask me if I wanted any in the way that I expected. I knew how to say, ¿Quiere arroz? (“Do you want rice?”) and I might even at that point have been able to stretch my knowledge all the way to ¿Le gustaría arroz? (“Would you like rice?”). But I was totally taken aback when the woman asked me, ¿Le provoca arrozito? which literally means “Does a little rice provoke you?”

I had always thought of the verb to provoke as meaning to make angry. And so my first thought was, “Why would a little rice upset me so much?” But of course, after my first moment of surprise, I realized that she was just asking me in a very idiomatic way if it appealed to me, or, going back to my most basic way of speaking, did I want rice?

The word provoke obviously doesn’t always mean provoke in a bad way. Sometimes it’s quite good. And here in Hebrews, the writer means it in a positive sense.

The word they use is actually more violent than our word. It’s παροξυσμος, the word that gives us our term paroxysm, which is a sort of attack. Here, however, it means stir up. So Hebrews 10:24 says, Let us consider how to provoke one another—or to stir one another up—to love and good deeds. Since God is so generous and because the sacrifice of Christ has freed us from the bondage of sin, let’s move on to encouragement. We no longer have to argue about theology, instead let’s egg each other on to help one another and our neighbors in the Name and for the sake of Jesus Christ.

We can’t encourage each other if we’re never together, so the next thing Hebrews tells us is not to neglect coming together. This has always been a nice verse that encourages people to come to church on Sundays. I’m sure I’ve used it myself in past sermons. But it took on a whole new significance last year during the covid lockdown. Many pastors and churches used this verse as a reason to endanger public health by holding meetings when the rest of the country was doing everything possible to avoid doing anything that might spread the virus.

Our church—indeed most churches in our two traditions—kept worship to remote gatherings. Yes, we gathered together. But we gathered on Zoom and YouTube. Looking at the context of the verse in question, it’s obvious that the Bible is not making the act of coming together physically a religious requirement. God can as easily love us and save us from our homes as God can love and save us if we’re all in the same room. The point the writer of Hebrews is making is that our coming together helps us provide encouragement to one another.

And I know that many of you did feel discouraged during the lockdown. And for that I apologize. The elders and I truly did try to keep everyone in prayer, and in the loop, and in loving contact. I know what we did didn’t meet everyone’s needs, but we were certainly more successful than the churches that didn’t try.

We set up call lists, we sent lots of emails, I produced and uploaded worship videos, and in every way possible that I know of, we provoked each other to love and good deeds—not from the same room, but from all over the county.

God works within and among us in amazing ways. We look forward to the day when separation and discouragement and misunderstanding end. But until then, we gather in this sanctuary and we watch and listen from our homes as we encourage one another—as we stir one another up—to find new ways to love and serve the people of this congregation, of the church around the world, and of our neighbors who do not yet know the wholeness that Christ brings. In his Name, let us never neglect this kind of togetherness.
—©2021 Sam Greening, Pilgrim Christian Church