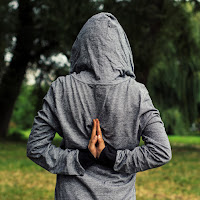 I generally follow the common lectionary in my preaching. The lectionary is a schedule of scripture passages appointed for reading in worship, and the schedule in most mainline Protestant is nearly identical to the one used in the Roman Catholic Church. Thus, on any given Sunday or holy day, people attending a variety of different churches will have heard the same words read in worship.
✙
On one particular Sunday, one of the readings was all about sin. And so I used my sermon to talk about what this word might have meant at the time those words were written, and how we might make sense of it today. The fact that I mentioned sin, however, upset some people. One choir member even immediately resigned her membership in the congregation.
✙
I have encountered this attitude in many people, and I admit I am perplexed. Do people honestly think that they can do no wrong? That there are no powers, actions, or attitude that can separate them from other people? That they can do nothing displeasing to the One who made them?
In the Hebrew Bible, the metaphor of God's face is frequently used. We find wholeness when God's face shines upon us (see Psalm 80, for example). But when we are mired in our own wrongdoing, it is as though God's face is hidden from us.
✙
I will wait for the Lord, who is hiding his face from the house of Jacob.
✙ Isaiah 8:17
✙
The good news of the scriptures—both Old and New Testament—is that God's face is not truly hidden. If it is obscured, it's just a matter of waiting. Faith and prayer can overcome our sense of guilt. The teachings of Christ and his work on the cross have already broken down the barriers we have built up between ourselves and the Divine, as well as between ourselves and our neighbors.
✙
Rather than deny the existence of sin, let us take it seriously enough to know that it has been swallowed up in God's love.
✙
We wait for the blessed hope and the manifestation of the glory of our great God and Savior, Jesus Christ. He it is who gave himself for us that he might redeem us from all iniquity.
✙ Titus 2:13-14
✙

✙
O Lord, forgive what I have been, sanctify what I am, and order what I shall be.
✙