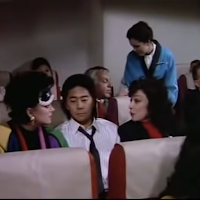 Today was the Fifth Sunday in Lent. Our call to worship was Psalm 126 and our opening hymn was In the Cross of Christ I Glory. Our scripture reading was John 12:1-8. The choir returned to the chancel for the first time in over two years, and sang We Are Not Alone. The sermon was on the Anointing at Bethany, particularly Jesus' saying, "The poor you will always have with you." We also celebrated the Lord's Supper.

Below is a video of the service (click "read more"), and beneath that is a transcript of today's sermon.

Always, Jesus?
You always have the poor with you, but you do not always have me.
—John 12:8
Today’s gospel reading is called the Anointing at Bethany, and it’s a short, but fascinating story. It’s found in three of the four gospels. But for once, it’s not John who omits it, but Luke. Matthew and Mark agree with John on just about all the details of what happened and the theological point appears to be identical in all three accounts. All three stories happen in Bethany shortly before the crucifixion, all three have Jesus at table, and all of them have a woman anoint Jesus with costly ointment. In all of them, Jesus interprets the anointing as being for his burial—a very poignant reminder to those of us who know the whole story that there was no opportunity to give him a decent burial when he actually died.

But there are two details in John that differ from Matthew and Mark. First, in the earlier gospels, the woman anoints Jesus’ head. But in John, she anoints his feet, and then dries them with her own hair—an almost embarrassingly intimate detail of something that happened in a relatively public setting.

The other difference is in the amount of information given. The woman remains nameless in Matthew and Mark. But John identifies her as Mary—Mary who was the sister of Martha and Lazarus, the one who Martha complained about because she sat listening to Jesus’ teachings rather than waiting on him. This earlier story takes place in Luke 10, and it’s very much in keeping with the character of the woman who anoints him in Matthew 26, Mark 14, and John 12. She’s not concerned with what others might think. She goes ahead and spends her money on something that worships the Lord, and she anoints him lovingly—probably not even aware that this would be the anointing for his burial. (At least she wouldn’t have been aware of it until Jesus said that’s what she’d done.)

Mark tells us that there were some there who objected to Mary’s waste of money. Matthew tells us that it was the disciples who objected. But only John points the finger at a single disciple: Judas. Regardless of who’s doing the complaining, all of them say the same thing: This woman should’ve taken the money she used to buy this expensive ointment and spent it on the poor.

And this is a good argument. Some of us might well say the same thing. It’s the sort of debate that’s happened at some point in just about every church. I remember one church I was serving had to replace the organ. Most of you all know just how much money pipe organs cost, because it wasn’t that long ago you had to have this one built. There were some who complained that that money should be spent on outreach, and a couple of families left the church over it.

And you’d think that Jesus would’ve agreed. Wasn’t he the one who said, Blessed are the poor, for theirs is the Kingdom of God? Wasn’t it him who devoted his entire life to serving the poor—feeding them, healing them, blessing them?

But Jesus didn’t agree. And not only did he disagree with those who said the money should’ve been spent to help the poor, he said something that’s haunted the church ever since: “You will always the poor with you, but you won’t always have me.” In all three gospels where this story is told, he says this. But in Mark, he adds something else—something that’s implied in the other two gospels. He says, “You’ll always have the poor with you, and you can be kind to them whenever you want.” Only then does he add, “But you won’t always have me.”

For some reason this reminded me of an exchange I saw on a sitcom years ago. The memory was pretty vague, but all I needed were a few keywords and I able to find the exact clip I was looking for on YouTube. It was from an episode of the show Designing Women in the late 1980’s, and it featured the two sisters: Julia (the strident social justice warrior) and Suzanne (the rather selfish former beauty queen). They lived in Atlanta, but their mother lived in Japan, and they were on a plane going to see her. And here’s the conversation that stuck with me for all these years:

Julia tells Suzanne that “seeing Japan with Mother will be seeing the real Japan.”

Suzanne answers her, “Julia, I am just here to visit Mother and pick up a car. I do not want to have any cultural experiences. As for seeing the real Japan, I’ve noticed that whenever people start talking about seeing the real anything, what they’re talking about, basically, is hanging around with poor people… I don’t hang around with poor people at home, why should I do it on vacation?”

Suzanne Sugarbaker may be amusing, but you have to admit, she’s telling the truth. She wants to live her life like the Buddha… before he became the Buddha. Just to catch you on who he was: It’s said that a prince named Siddhartha lived a protected life in a palace so that he’d never have to come into contact with human suffering. And his path to enlightenment only began when he left the palace and encountered the poor and the hungry and the sick. It’s meeting them that made him realize that there was no fulfillment in avoiding the poor.

I think of Jesus, and of the Buddha—and even of Suzanne Sugarbaker—when I read today’s gospel lesson. There is no enlightenment unless we serve those who don’t have enough. The hope of a life lived in isolation from suffering is not the life of a disciple. If Suzanne was granted her wish of avoiding poor people, she really had no hope. Siddhartha started his path to becoming the Buddha only after seeing suffering. And Jesus, the light of the world, was born a poor baby in a stable, and never lived away from the needy.

Judas pretended to care for the poor, and was quick to suggest helping them… but only when it was other people’s money. But you get the impression that his main mistake—in Jesus’ eyes—was his belief that this was a zero-sum game. Judas in John 12 seems to be suggesting that Mary’s choice of worshiping Christ meant that she couldn’t also be kind to the poor. But Jesus said nothing could be further from the truth.

If we take anything away from this story, it should be this. And remember, this story is told three times, and it’s always on point—the point being that it takes both worship and service to make a well-rounded disciple. Judas was being a hypocrite when he criticized Mary for using her resources for extravagant worship. He could’ve been working in a soup kitchen at that very moment. He could’ve been building a Habitat for Humanity house—nothing was stopping him. But he said it was Mary who was wrong for not doing what he himself wasn’t doing.

In the end, this is a story of balance—and that’s what Christ calls us to: Balanced lives. We’re everywhere and nowhere during the week, and God gathers us in this place to sing and to listen and to think and to pray and to find community. Most of these things are otherwise missing from many of our lives. And so to self-righteously say to any of us, “You’re wasting your time in worship, you should be feeding the hungry and housing the homeless,” is stealing something we need from the center of our lives.

But our worship should inspire us to serve. It should create in us grateful hearts and courageous spirits. We give our lives to God in church and we give our lives to others out in the world. And in every case, we find that we lose nothing, but gain more and more by giving ourselves away. So let’s not listen to the voice of Judas, but of Jesus, who tells us to worship and to serve.
—©2022 Sam L. Greening, Jr.