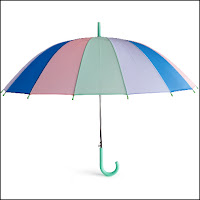 On the first Sunday of November, we observe All Saints Day. We open with the traditional hymn For All the Saints, and we name before God those who have in the past twelve months joined the church triumphant.
The scripture reading this morning came from Ephesians 1, and the message was about the Name that is above all other names.
Below is a video of the entire service (click on "read more") and beneath that is a transcript of today's sermon.
Above Every Name
What's in a name? That which we call a rose by any other name would smell as sweet.

We all know that quote, don’t we? Shakespeare had it come from Juliet’s mouth. She said it to Romeo, because it was their names—Montague and Capulet—that was keeping the two of them apart. What she was saying was that names are just arbitrary words. A pew is still a pew no matter what wood it’s made of or what word we assign to it. The same with pulpit and tree and automobile and chipmunk. Language is arbitrary. In our minds, words and names can’t be separated from objects and people. But people who speak completely different languages would say the same thing—and their words for things are usually nothing like ours.

People in the ancient world would’ve disagreed with this principle of linguistics. They would especially have disagreed with Juliet. They believed names were bound up with the people they were assigned to. For example, do you remember the passage from Genesis that we heard a few weeks ago? It was the story of how Jacob wrestled all night long with a supernatural entity who demanded to know his name. And once he knew, he changed his name from Jacob to Israel.

But when Jacob demanded the same information, this supernatural entity—we aren’t sure whether he was a man, an angel, or the very God of the universe—he refused to tell him. Names contain something of a person’s essence, and to use a name is to have power over a person.

This idea continues up to the present day. Israel was told never to use God’s Name in vain. They took this commandment so seriously that they stopped speaking God’s Name aloud at all. The actual Name has now been forgotten. It’s represented in the scriptures by the letters YHWH, and we’re no longer sure how these letters were pronounced. When Israel comes upon these letters when they read the Bible, they simply say Adonai, which means Lord.

But what do we do? Surely we’re not bound by the same rules! Well, as a matter of fact we very much are. When you read your Old Testaments and you come upon the word Lord, you’ve come upon the Hebrew word Adonai. When you encounter it as LORD, you’ve encountered the very Name of God thousands of years after people forgot how to say it. We don’t replace it with a Hebrew word, but we do use the English translation of it.

Once we get to the New Testament, things change. But names are still important. Jesus taught us a prayer in which we promise to keep God’s Name holy. Jesus also taught us that if we pray in his Name, God will listen to us. And despite what Juliet later said about names, the more we read the Christian scriptures, the more we see this concept of the holiness of names—or at least of one Name—grow. The Name of Jesus is considered most holy in the Acts of the Apostles (the book that tells us what happened to and among Jesus’ followers immediately after his death and resurrection). And what the Apostle Paul says about Jesus’ Name sounds beautiful and poetic.

We heard some of that in today’s scripture reading from Ephesians 1:

God put this power to work in Christ when he raised him from the dead and seated him at his right hand in the heavenly places, far above all rule and authority and power and dominion, and above every name that is named, not only in this age but also in the age to come. And he has put all things under his feet and has made him the head over all things for the church, which is his body, the fullness of him who fills all in all.

There’s one other place in the scriptures where God’s Name is important that I haven’t mentioned yet. It’s found in Matthew 28, and most of us are probably more familiar this passage than anywhere else in the New Testament that mentions names. “Go therefore and make disciples of all nations, baptizing them in the name of the Father and of the Son and of the Holy Spirit.”

When Paul says that Christ is head over the church, I love to think about how all of us were baptized into the same Name—how each of our names was spoken together with the holiest Name we have for God—how all of us in the church have been drawn together under the same umbrella, united under the protection of the One who loves us, who became one of us, who died for us and lives again for us, who carries our prayers to God. When we were baptized, our names were united with his Name.

That’s not just the people who are part of this congregation. It’s all Christians. Protestant or Catholic or Orthodox, the same words were spoken at our baptism. We are all under the same umbrella, part of the same body.

But it doesn’t stop there. The beauty and power of Christ’s Name isn’t for this time only. All those who came before are bound up with us in the Name of the Father and of the Son and of the Holy Spirit. We are one with them on All Saints Day and every day of the year. At the font and around the table, God’s people are one under the Name that is over all of us, gathered under his protection like chicks under their mother’s wing.

What’s in a name? asked Juliet. Well, with apologies to Shakespeare, the answer is everything—our unity, our salvation, our past, present, and future. Later, as we look down at the bread and the cup we hold in our hands, let us remind ourselves to look up and know that above us is the Name that is our all in all.
—©2022 Sam L. Greening Jr.