Called to Be Saints 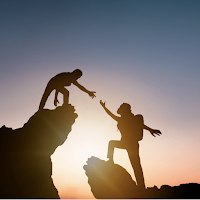 Called to be saints, together with all those who in every place call on the Name of our Lord Jesus Christ.
—1 Cor. 1:2
What’s a saint? It’s a word we hear a lot in church. But I think our usual use of the word saint doesn’t really match up with how the Bible uses the word. When we use the word saint, we’re often referring to a biblical figure like one of the apostles or somebody else that gets mentioned quite a bit in scripture. Saint Mary. Saint Peter. Saint Paul. Saint John. Saint James.

Beyond the Bible, we talk about famous people who were really, really good. Saint Francis of Assisi, for example—we even pray his prayer in our church. We tend to believe that a saint is any good Christian who has died and who we’re sure is in heaven.

But our use of the word saint sometimes extends to the living—on the condition that they are much, much better than the average human. For example, there’s Mother Teresa. Even before she died, people called her a saint because of her selfless service to the outcast and poor in the impoverished neighborhoods of Calcutta.

And so people don’t necessarily depend on the Roman Catholic Church to canonize somebody before we think of them as saints. Some people are just good. They sacrifice more than other people. They do things that we don’t have the courage to do, or things that we won’t take the time to do. They serve people that we ignore or avoid. And though we don’t live like they do (maybe we don’t even want to), we recognize their goodness.

My dad’s father had a stepsister who was a local saint, even while she was alive. Her name was Gertrude Ramey. Back in the days when there were still orphanages, she ran the orphanage in Boyd County, Kentucky. She lived in a big house, and she cared for the kids who had no one else to care for them. My grandmother would go out there to help her sometimes—I can picture it to this day. Gertrude’s name still lives on in a local high school for at-risk youth.

We all know—or at least know of—saints like that. Maybe in Geauga County, maybe in whatever community you come from (if it’s not here). Perhaps we might even call somebody a saint who’s not even a Christian. We base that opinion on their lifestyle and not their faith in Jesus. For example, many would say that a man like the Dalai Lama is a saint.

And those are the ways we use the word saint. But that’s not how the Bible means by that word. We might be fooled by the first mention of the word in the New Testament. It occurs at the moment of Jesus’ death when Matthew tells us there was an earthquake and the bodies of the saints were resurrected. Other than that, none of the mentions of saints in the Bible refer to those who have died. Saint in the Bible refers to the living. We even see it in the Old Testament, where the word saint occurs once in Psalm 31. The Hebrew word might also be translated as faithful one.

Beginning in the Acts of the Apostles and continuing on through the very last chapter of the Revelation to John we encounter the word saint over and over again, and it refers not to those who died and went to heaven, and not to super-human living people, but to rank-and-file Christians.

And one of those places—to me, one of the more important places—occurs in today’s reading, where Paul tells the Corinthians that they were “called to be saints.” By that, he’s not telling the Corinthians that they’re called to die and go to heaven. Nor is he even telling them that they’re called to be good beyond what is normally humanly possible. He’s calling on them to profess Jesus and to live as disciples of Jesus. And he’s not just telling this to people in Corinth, he’s talking to people “in every place.”

Every place to Paul would’ve included places like Rome and Jerusalem and Ephesus. But we’re reading the letter, too. So I think we need to assume that every place also includes Chardon and Mexico and Belgium and Canada. Now, we can’t see into other people’s hearts. It’s not up to us to judge their faith or the purity of their religion. So we probably can safely judge people’s sainthood on what they do with their lives.

And there are lots of everyday saints. Not super Christians. But those we might call “good people”—the kind of people that sheltered me and thousands of others in Gander, Newfoundland on 9/11. Speaking of which, there’s a band from Newfoundland called Great Big Sea that sang about Good People.* The song starts out:

If our definition of sainthood is professing Jesus Christ and living as disciples of Christ, then we should reach out to people in every place who do good on behalf of others. And

Good people aren't hard to find:
They're right around the corner at the end of the line—it’s true.
Good people got peace of mind,
And I'd like to spend some time with you!

So let’s think of our calling. We are called to be saints, not heroes and not super-Christians who are better than everybody else. We’re called upon to put our faith in Jesus and follow his path. Ours is to trust and do good. And we can do that on our own, like Great Big Sea says in the song:

Ask 'em for a shovel and they'll dig you a hole,
Put the coffee on and drag you in from the cold.
If you get lost they'll show you where to go,
Even give you a ride, good people.

On our best days, I think this describes many of us—perhaps most of us. Like Jesus tells us in the Sermon on the Mount, we go the extra mile; we help those who need us. But not every day is our best day. We can’t meet every need. There seems to be too little of we can do and too much of what we can’t do. That’s why God gives us the church. On my own, I can’t feed that many people. But when the church opens a food pantry, together we can feed a good portion of the county. When left to my own devices, I doubt I’d have any idea how to help refugees. But as a church we can do it together. When a typhoon hits the Philippines or a hurricane leaves thousands homeless in Florida, I’m at a loss for what to do. But even before the last raindrop falls, I’m there helping people because, through the church, I participated in an offering months ago meant for just this kind of thing.

So don’t underestimate what we do here. In the past year we’ve done all these things and more because of our little congregation in Chardon, as well as those in every place who call on Jesus’ Name. It might not make us better than other people trying to do good. But it makes us more effective than most.

There’s another point I want to make about doing good. Good should be done for its own good. We don’t do it to get brownie points with God. If we follow Christ, then we need to remember that Jesus wasn’t trying to impress his Father, he was giving of himself because he had it to give.

Nor should we do good in order to get something out of people. I’m sure you’ve encountered people who only do good for others so that they can ask for favors later. I remember working with somebody like that a long time ago: She and I barely tolerated each other most of the time, but she would occasionally do something incredibly nice to help me. And I quickly learned that it wouldn’t be long before the favor would be called in and she’d be asking me for a huge favor in return. So the you-scratch-my-back-I-scratch-yours mentality has no place in the life of a saint. The motto of my graduate school was Matthew 10:8—"You received without payment; give without payment”—something Jesus told his disciples after he told them to do good in the world. So remember: We are called to be saints—we’re not authorized to call in favors.

The song I’ve been quoting ends this way: “The bells above will ring in the end for good people.” If we are rewarded in the end, it’s not because we’ve earned it by good deeds. It’s because we are disciples of One whose goodness is infinite and whose love is unconditional. So when we hear the bells from our church steeple, let us think of them as both our call to be part of something bigger and better than what we can be on our own, and our reward for being part of the body of Christ.
—©2023 Sam Greening
*Written by Séan McCann & Paul Lamb, from the album Safe upon the Shore (©2010, Warner Music Canada).