One Mind, One Purpose 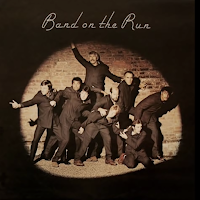 Be united in the same mind and the same purpose.
—1 Cor. 1:10
I originally got on Facebook at least fifteen years ago. I used to be into it and was glad to be back in contact with so many old friends, classmates, and even family members. But after a few years, I think my attitude toward it changed. I began to notice that people quickly became offended by just about anything they disagreed with. And I think I started to become one of those people who got offended. Sure I was oversensitive. But I think some people had me beat in that department. And when I realized that Facebook had become more of an unpleasantness than a joy, I finally deleted my account. I stayed off for a year or two before finally getting back on. The difference is that now I don’t spend much time on it, and if anybody uses Facebook to make sure we know their politics or their opinions on hot-button issues, I don’t unfriend them; I just unfollow them.

As I talk about this, I’m reminded of one incident that was to me a very unpleasant exchange. It really wasn’t such a big deal, but it bothered me at the time—and as I think about it again, it still does. One of the things that I enjoy seeing posted and that I occasionally post about is music. I don’t have to agree with your musical tastes to appreciate the fact that you enjoy this song or that singer. And I hope my Facebook friends feel the same way about the musical posts I make. But there was one such post a few years ago that got what I thought was a ridiculous reaction. It was a Paul McCartney song. I don’t even remember which one. I suspect it may have been from the album Band on the Run from when I was in junior high school. But whatever it was I posted, I said that Paul McCartney was my favorite former Beatle.

John Lennon was, indeed, a great artist. He wrote wonderful songs. And the one that stands out—the one that everybody knows—is a song called Imagine. It has a beautiful melody and a beautiful message: Imagine a world filled with peace and harmony. When we remember Lennon’s tragic death, that message becomes all the more bittersweet.

Now I am all for peace and harmony. And I love songs about peace and harmony. I even choose them as hymns sometimes. But I’m going to let you in on a little secret—one that you’re not going to be happy with: I am not particularly fond of the song Imagine. I find the tune pleasant enough. But I don’t like the message. Yes, I like the end result of a world at peace. But I don’t like the way the lyrics to that song get us there.

Imagine there's no countries—
it isn't hard to do—
nothing to kill or die for,
and no religion, too.
Imagine all the people
livin' life in peace.

I don’t know exactly what’s meant by these words. I only know how I hear them. And I don’t like the image of a world without countries. If John Lennon longed for a world without nationalism, then I agree with that. After all, years before the song Imagine, Martin Luther King said in a sermon,

If we are to have peace on earth, our loyalties must become ecumenical rather than sectional. Our loyalties must transcend our race, our tribe, our class, and our nation; and this means we must develop a world perspective.

And I truly don’t like the idea of a world without religion. I love my own religion. It gives my life meaning, and it is where I find community. And I can meet a person of a different faith and far from wanting to kill them, I want to learn more about them and their beliefs.

What I hear the song saying is that only when we get rid of all the things that make us different can we have peace. But that sounds like a very boring world to me. People can come from different countries and speak different languages and profess different religions and even like different former Beatles and still get along. When we nurture disagreements and make them more important than what we agree on, then we have a problem.

And I suspect that’s what Paul was writing about in today’s reading when he talked about differences in the church. He calls for unity of mind and purpose before he talks about factions. Some of you are loyal to me, he says; some belong to Apollos, some to Cephas (Peter), while some say they belong to Christ. He goes on to talk about baptism and how there were hardly any Corinthians who could claim that they’d been baptized by Paul. And we have to assume that all of them were baptized into Christ’s Name—especially since Paul’s question, “Were you baptized in Paul’s name?” seems rhetorical.

I think we can safely read this little passage as a warning against the very state of the contemporary church—a church that is almost hopelessly divided. If we head north out of Chardon, we see Methodists and Catholics. If we head west, we encounter Baptists and Episcopalians and Lutherans. If we head elsewhere we find other churches with other names who say they believe slightly different things than the rest of us. “I belong to John Wesley, I belong to the pope in Rome, I belong to Martin Luther, I belong to John Calvin, I belong to Alexander Campbell, I belong to Archbishop Cranmer…” to name but a few.

No, we’ll not encounter any of our neighbors who say any of those things, nor do we say anything like that. But the divisions—and the reasons for them—are still a reality in the church. And that’s just one little town in Ohio. Go just about anywhere in the world and you’ll find a church divided. I don’t know if the Corinthians ever followed Paul’s advice. But it’s clear that it’s not followed very well in the modern world.

I think one of the reasons we have gotten the second part of Paul’s warning wrong is because we’ve misunderstood the first part. Too many of us think that to be of one mind and one purpose, we have to agree on absolutely everything. The very last words of today’s passage talk about the power of the cross. And I think that’s where we want our minds to dwell if we’re to share the same purpose.

Each of us is built differently. We have different hobbies and like different colors. Some of you like the front of the church, some the back. Different people like different hymns. Each of us prays different prayers and likes different passages in the Bible. Some vote one way and others vote another way. Some of us may prefer Paul, some John, some George, and others (God love ‘em) Ringo. But we know that none of those things destroy our unity in Christ. We can be of one mind, all of us putting the Crucified One first, while still having different opinions.

And we are very clearly united in purpose: to love God and to love our neighbors. We know full well that we have different opinions as to how that might happen. But we’re able to support one another, because we know that allowing for differences in the way we express our love is how we more fully carry out our mission.

And we shouldn’t limit our thinking on the subject to our congregation. Just about every church in town puts Christ first, and I hope all of them reach out beyond their own building to express their love of God and neighbor. Even if we belong to different churches, it’s possible to be of one mind and one purpose.

Does this mean God is happy with the current state of affairs? As long as there is pride in our differences, no, I don’t think God is. But just as I can appreciate another person’s differences as I learn about them, so, I think, can the different churches learn to appreciate each other’s gifts.

So as we put Christ first more and more in our lives, as we learn better how to love God and our neighbor, let’s also look for ways that our neighbors—whether they’re individuals or entire churches—emphasize Christ, love God, and serve the neighbors we all have in common.
—©2023 Sam Greening