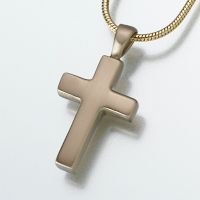 The live version of this service can be watched here. The sermon begins at the 30' mark.
This morning’s reading from the scriptures did not really begin with the passage we just heard. It actually began at the end of last week’s reading, when Paul broached the subject of the cross. He did not come to Corinth to baptize converts he said, but simply to proclaim the gospel. And the key word, apparently, was simply, because he claims he wasn’t articulate. He wanted the cross of Christ—not his own eloquence—to take center place in his preaching.

And this is difficult for us. That’s because our relationship with the cross is not the same one they had back in Roman days. We have a lovely brass cross on the Lord’s table in the front of the church. It’s clean and elegant. It tells the story of the triumph of Christianity. It reminds many of us of our memories growing up in a old respectable church—maybe like this one on the town square; maybe another one on a busy corner in another town. It speaks to us of respectability and tradition and belonging to a powerful majority.

To say this is nothing like the 1st-century relationship with the cross is putting it mildly. All the people we read about in the New Testament were part of the Roman Empire. The Empire brought about something called the Pax Romana (Roman Peace). People didn’t have to face invasion. There were good shipping routes. There were good roads be-tween the provinces. There was safety from robbers while traveling. For many, this was the first time in history they experienced such stability, and it was great for the economy.

But the Pax Romana came at a price. And for many, that price was oppression and brutality. Those who were conquered were often enslaved. Those who were accused of crimes were often tortured and executed. And they had a particularly hideous way of accomplishing both things—torture and execution—at the same time. And that method was called crucifixion.

It’s probably safe to say that anybody who’d ever been on the outskirts of a city in the Roman Empire had seen crucifixion. Grotesque crosses lined the roads. They made a very effective statement to anybody who saw them: The Empire was powerful, and you didn’t want that power turned against you, your family, or your people.

And so think about how you might have felt as a Corinthian almost two thousand years ago, soon after your church received this letter, to hear these words read aloud in a meeting:
The message about the cross is foolishness to those who are perishing, but to us who are being saved it is the power of God.
—1 Cor. 1:18
It was indeed foolish to believe in a Savior who’d been crucified, and to use a cross as the symbol of your religion. Everybody around them must have thought this very thing. And when they were afraid or feeling doubtful, the members of the Corinthian church must’ve thought so, too.

Conventional wisdom told the Corinthians that their religion was a dead end. Its very symbol stood for shame and weakness and failure. Belief in a Crucified Savior was the very height of foolishness. And yet here Paul was telling them that the thing that symbolized their foolishness was actually their hope. What appeared to be a dead end was actually a new beginning for those who could see beyond death and cruelty.

Fast forward two thousand years, and we have grown accustomed to the cross. It is the symbol of the world’s largest religion with literally billions of believers. There are few people left who look beyond the symbol and see the original meaning. And yet the things the cross really stands for are as scandalous as they ever were.

What does conventional wisdom tell us about power and wisdom? The world sees power in conquering armies and multinational corporations. Wise people are those who can outsmart their enemies or gain a lot of wealth. People today might not have the same gut reaction to the cross that people had back when Paul was writing his letters. But they certainly have the same reaction to the things the cross stands for. By any worldly measure, Jesus the Crucified was weak and foolish.

Paul used two different groups of people to make his point: The Jews and the Greeks. And the point he made was that the message of the cross was a stumbling block to everybody. It rankled the senses of those who put their faith in God’s power, and it was an insult to those who used logic to arrive at their conclusions about religion. Christianity represented either weakness or foolishness—or both—to everybody.

And though Christianity is now the world’s largest religion, if we look at the Christ we say we worship, I think we’ll find that what Christianity really stands for is still unconventional wisdom. If success is power. If power is represented by guns and bullets and bombs and fighter planes and battleships, if power is found in having such strength that any sort of attack is warded off before it starts, then Christ taught the opposite—both in what he said and what he did. If the powerful can protect themselves from suffering and death, then the Man on the Cross was weak.

And if it’s wise to preach a message that makes perfect sense, then the message of the cross is foolishness. In ancient times, it was thought that for one people to prevail over another, then their gods would have to be the stronger ones. And yet here was a God who came into the world in a man who was nailed to a cross, died, and was buried. No religion has had a more foolish core message.

Yet the truth of Paul’s message lies in Jesus Christ himself. As long as there have been humans, we have sought happiness through security and logic. And those things often do work for a time. And yet Jesus of Nazareth cared less for the power of security than he did for the power of love—unconditional love. And the wisdom that tells us that saving and keeping are the keys to our future seems to be contradicted by Jesus’ way of life—a life that gave away all that it had to give.

Followers of Christ make mistakes along the way. But eventually we find wholeness not in prevailing over others, but in loving them; and not in hanging on to all we can, but in giving generously. Some of us learn quickly, and some of us take longer to learn that

God’s foolishness is wiser than human wisdom, and God’s weakness is stronger than human strength.
—1 Cor. 1:25
In the end, it’s clear that if our goal in life is to get ahead—by whatever means—we are bound to stumble over the cross. Not the pretty brass one in our sanctuary, but the cross of Christ, an instrument of pain, shame, and ultimately death. Only when we embrace it for what it is—the symbol of God’s unconditional love and Christ’s willingness to give without limits—can we let ourselves go in its depths and experience the victory of God over selfishness, over hatred, and over death.
—©2023 Sam Greening