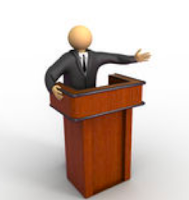 For some reason, there's a difference between preaching at a church the very first time as a candidate to be their pastor, and the second time once you've been called to actually be the settled pastor. You'd think the first time would be the scarier of the two. But no, preaching as the candidate chosen by the search committee is really not that frightening. At least not to me. For some reason, it's easier for me to put myself in God's hands in that circumstance. I know it's for the best that the congregation sees me the way I am. And though I prepare the best sermon I can come up with, I know that it's not what the congregation wants or expects, the best possible outcome would be for them to vote No. And if they vote Yes, then it's clearly God's will that I be their pastor.

But what truly fills me with trepidation is that second time I preach in front of a congregation—that is, the first sermon I preach in a pulpit after I've responded to their call by agreeing to be their pastor. It's that sermon that really sets the tone for what's to come, that lets them know that this is what they've signed up for. It's the first sermon that is preached not as an outsider, but as an integral part of the church in the place where God has called me.

Such was the case for me this past Sunday at Pilgrim Christian Church in Chardon, Ohio. I chose my text from the obscure little New Testament epistle of Third John. It addressed three themes that I felt were appropriate for the first sermon of a new era: 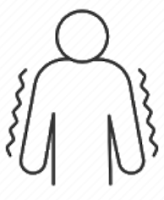 Thankfully, the sermon received better reviews than it deserved. I truly felt like the Apostle Paul when he wrote, "I came to you in weakness and in fear and in much trembling" (1 Cor. 2:3), and I hope that's because the congregation was responding to the message and the intentions behind it, not to the skill of the preacher bringing it.

My angst notwithstanding, Sunday was an amazing day. The elder prepared a beautiful opening prayer. The choir had a lovely anthem. The kids were fun. The hymns were perfect. The Spirit was clearly present among those in attendance. The service lasted exactly and hour. And last, but not least, it was Waffle Sunday, meaning there was a delicious brunch following the service featuring genuine Geauga County maple syrup.

It's an awesome thing to be at the receiving end of the prayers, good will, and best wishes of a congregation of Christ's followers. I think most pastors realize that. But its never more evident than on the day of a second sermon—that is, the first sermon after being called as a congregation's pastor. Just as God was at work within us on Sunday, I pray for God's continuing presence in the days and weeks and (¡ojalá!) years ahead, that together, pastor and congregation can move forward according to God's will for the mission of the church in the city on the hill, with the steeple on the square, with a message to share.*

*I believe this saying is Paul Hederstrom's creation.