But we had to celebrate and rejoice, because this brother of yours was dead and has come to life; was lost and has been found. 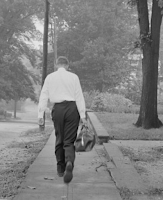 You all know the story I just read. It’s a story we call the Parable of the Prodigal Son. Because the son in the story is wayward, most of us automatically assume that the word prodigal must mean wayward. And even when we know the true meaning, this story has become so ingrained in our imaginations that we can’t quite make ourselves think of the word in any other way. But the actual meaning of the word prodigal is generous, or extravagant, or even wasteful.

And of course, the wayward son was indeed wasteful. He asked for his inheritance while is father was still alive, and his father granted his request. Now, I can imagine good reasons why he might have wanted his share of the inheritance early—like investing in a business. But, no, the boy took the money and ran off. He invested none of it, but just wasted it on partying with his friends.

It’s this act of running off that I’m thinking about this morning, because Jesus said he went to a “distant country.” The old King James Bible called it a “far country,” which I like better. I think we often ignore this part of the story, but it’s important. Because once he ran off to that far country, he had nothing to connect him to who he was. He didn’t notice this while he had money, because money bought him an imaginary place in the world. It bought him friends, and it bought him comfort, and it bought him the kind of attention he craved. But the money was not who he was, and no matter how much of it he had to spend, eventually he was going to find out that money was nothing to base a life on.

He gave up the things that he’d based his life on before. He gave up his home and he gave up his family. He didn’t need them, because his money allowed him the freedom to live wherever he wanted, and it attracted new friends. When the money ran out, we see clearly something we thought we saw before: He also gave up his faith and his values.

This we see in the work he took on: There’s certainly nothing wrong with taking care of animals, and pigs are as good as any animals—perhaps even better, judging by the way bacon tastes—but they represent something more in this story. Jesus was Jewish, and we can safely assume that the family in this story was also Jewish. And so the fact that this young man had begun tending to pigs tells us that he’d traded in the faith of his fathers and mothers for the money he thought would buy him much better things. And yet, even these unclean animals had it better than him—at least they had all the food they needed.

So the far country this young man found himself in wasn’t just a place on the map. It was also a place in his heart. And I wonder if he entered it long before he got his money—maybe even before he’d even asked for it. The far country Jesus talks about here is a great distance from where he was brought up, but it might have been right at hand all the time—even when he was at home.

We all know how close by that far country really is—how easy it seems to be to let go of what matters when “all the vain things that charm us most” draw us in another direction. I reckon I could make this sermon twice as long by listing all of the cities and townships and counties in that land—addictions and self-imposed conditions and material attractions. Our nation and our world seem to be defined these days not by the values we claim to hold dear, but by the ways we’ve been lured away from our values. But even closer to home, our families are too often broken by the ways the far country invades the very space we thought was safe.

Sometimes we embark on good journeys. These journeys help us find ourselves. They show us what we’re made of. And though they take us far away, they also bring us home to God. Nelle Morton was a feminist pioneer within the Christian religion, and she said that “maybe the journey is not so much a journey ahead, or a journey into space, but a journey into presence.” I think that’s what I was talking about last week in my first sermon as your pastor when I quoted Bilbo Baggins getting swept off onto the road that opens up right outside your front door—the road that brings people and pastor together, the road that may take us a great distance, but which brings us to where we should be.

But the young man we call the prodigal son got swept off onto a different road—a road all of us know and some of us know far too well. It’s a road that took him away from home, away from family, away from faith, away from all the landmarks which reminded him who he was and who his people were and what his faith had been. But when it seemed that all was lost, and any chance of restoration had been squandered, yet there was a glimmer of hope. For the boy remembered not so much who he was, but he remembers who his father is—a man who made sure his hired hands were well fed and cared for. And so he resolved to go back, not to move back into his old room, but to live the life of a servant in his former home. He even practiced a speech.

Who knows how long the trip home was or how long it took. But before he even got there his father found him. And he only got out the first part of the speech he’d practiced before his father smothered his words in a hug. There was no “I told you so.” There was no trial period. There was no scolding or recrimination. There was no punishment. There was only celebration. New clothes. New shoes. A fatted calf. A ring on a finger. Not a servant, but a son.

This is the Parable of the Prodigal Son—a story that my New Revised Standard Version of the Bible calls The Parable of the Prodigal and His Brother. But if we’re about revising titles, then I’ll propose another one: The Parable of the Prodigal and His Two Sons. For, as we know, there was another character in the story: the brother who stayed home—the character we don’t get to know until the end. And though he would’ve been happy to have called his younger brother prodigal, or wasteful, he would’ve been just as happy to call his own father by that same name. For of all the wastefulness that he’d ever witnessed, apparently his father’s was the worst. For he wasted his love on someone who wasn’t worthy of it.

But here, I think, we see that even big brother has wandered off to a far country, even though he never seems to have left home. Little brother abandoned faith and family and community when money and the kind of friends money could buy lured him elsewhere. But didn’t big brother also turn his back on these same things when he refused to forgive his little brother, and when he refused to join his father in his own home? See how close that far country really is? It’s not just as distant as drug addiction and crime and white supremacy and all the other stuff that has our attention these days. Sometimes it’s as near to us as a grudge that we nurse. For surely a closed mind separates us from the values of our faith just as effectively as something that might land us in the state pen. 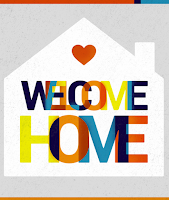 When we come to church, or when we attend to our faith in other settings, it is a kind of homecoming. It is discovering—or rediscovering—who we are, who our true family is, what our place in the world is. It’s a wonderful thing to have been adrift, and to once again become part of something bigger and greater than ourselves. But it’s a thing no less wonderful to welcome someone else home, to let go of a grudge, to practice the forgiveness taught by Jesus—not empty words spoken through clenched jaw and gritted teeth, but the ring-on-the-finger and fatted-calf kind of celebration that realizes that it’s not about our own goodness or our shortcomings, but who our Father is, who our Mother is. In the end, the story of the prodigal isn’t about a wayward son or his dutiful older brother, but about the parent who loves them both equally, and to the one who went far away and to the one who stands just outside the door calls, “Come home.”