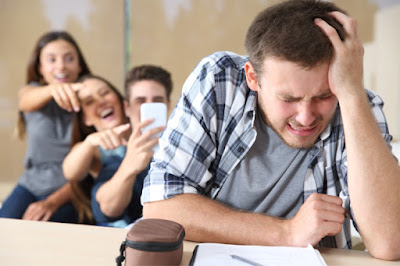 Rebuke the wild animals that live among the reeds, the herd of bulls with the calves of the peoples. Trample under foot those who lust after tribute; scatter the peoples who delight in war.
✙ Ps 68:30 ✙
This verse is a difficult one to translate. But it's thought that the "reed animals" (חַיַּת קָנֶה) mentioned at the beginning are probably a metaphor for soldiers with spears. This is reïnforced by the "herd of bulls" mentioned in the next clause, which are likely to represent strong people. They're fighting for reasons of greed, and are for that reason to be debased.

But what inspires me here is the dissipation or scattering of those who delight in attacking others. Yes, the most obvious offenders here are warmongers. But are there not warmongers who set their sights, not on well-armed soldiers, but on much more humble targets? They have no power to attack nations, but they can certainly lay into individuals. They may not even attack them physically, but they do what they can to ruin reputations or morale.

I so often want to avoid imprecatory psalms, but here I must admit that the psalmist's prayer for those who bring others down to be scattered can actually be seen in a positive light in a day and age when bullying is a topic of discussion. To scatter or diffuse a bully's negative energy, deflecting it from their intended target, is probably not just a good thing, but the kind of work a person of God might well be engaged in in a slanderous generation such as ours.

The next time I encounter a person who is intent on bringing another person down, how might I act to diffuse their negative energy?

Help me, Lord, to build others up, not to bring them down. Make me an agent of your justice and peace, and give me the insight to scatter the demoralizing efforts of the gossips that I encounter this day; in the Name of the One who taught me to pray: Our Father...