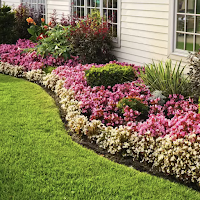 There are nine fruits of the Spirit listed in Galatians 5:22-23, and today's worship theme was the ninth and final in the Fruit of the Spirit sermon series: Self-Control. The pre-worship devotion was the text of a Labor Day hymn, and Labor Day was also the theme of the pastoral prayer. The hymns included Come, Thou Fount and Dear God, Creator Good and Kind, as well as the communion hymn, Be Known to Us in Breaking Bread. Below is a video of the entire worship service (click "read more"), and beneath that is a transcript of the sermon.

Fruit of the Spirit 9: Self-Control
There is a popular mission statement among Christian churches these days. It goes across denominational lines, and I have to admit it’s a very good statement. It’s as brief as it is meaningful, and it goes like this: To know Christ and to make him known. And when you think about it, that’s not just a mission statement for the church as a whole, but it’s also a very basic statement of purpose for why we gather to worship. For it’s in worship that we gain a clearer vision of who God is and how God relates to the world in Jesus Christ, the Son of God. It’s in worship that we are united in the Holy Spirit—not just to God, but to each other. And in that connection we come to better understand the body of Christ and our place in it, and also gain the strength to make Christ known in the world. In the words that we speak in our witness to Christ, in the things that we do to further the knowledge of Christ, and in the way that we act that reflects (or fails to reflect) the love of Christ, to be a Christian is to make Christ known to those around us.

So knowing Christ begins when we become a Christian. For some of us that started when we were infants and became a conscious decision when we got old enough to make our own decisions. For others, there might have been a sudden conversion—a moment that divided our lives between the time we were not Christian and the time that we were Christian. For many of us, we might think of ourselves as a hybrid between these two ways of becoming a disciple of Christ. But I hope for all of us, however we define ourselves, we think about what it means to know Christ through living in his presence and serving him through thought, word, and deed.

Knowing Christ also places us in relationship. We no longer live to ourselves. We no longer live for the sake of just our family. A relationship with God through Christ demands that we re-order our lives according to what we now know, and to be prepared to continue to re-order, re-prioritize, as we get to know more. To be a Christian, then, is also to know that we’re imperfect, and that the One who is working to complete us isn’t finished with us yet.

And the unfortunate thing as far as some people are concerned, is that this relationship isn’t just between me and Jesus or you and Jesus. It’s also between me and you. (I don’t mean me as a pastor and you as a congregation—though that is part of it—but between and among each individual member of the body of Christ.) Some say they can be better Christians by staying away from the hypocrites in the church and communing with God all on their own—sometimes in the solitude of nature, sometimes in a fishing boat, sometimes on a golf course. And to that, I say Nonsense. If you’re really so much better at it than the rest of us, then the whole witness of scripture says that it’s your responsibility to share your perfection with us sinners. But chances are, you’re not actually any better than anybody else, and nurturing your relationship with other Christians even as you grow in your relationship with God is also backed up by scripture.

And this, I think is what we find in the first chapter of Peter’s second letter. In the portion we heard this morning, we heard how knowing Christ leads to being like Christ. And here we actually see an example of how this might happen step by step. And here’s the order: faith, goodness, knowledge, self-control, endurance, godliness, brotherly love, and finally divine love. And I do think this is an example of how we might arrive at perfect love—it’s not the only order possible. And though I could give a whole ’nother sermon series on these steps to Christian maturity, today I want to focus on the middle of that list.

This knowledge then leads to what the New Testament calls εγκρατεια. And that’s your Greek word for the day. And like some of the other words we’ve explored in this series, it’s not nearly as foreign as you’re thinking. It consists of two parts that you’re already pretty familiar with. The eg- at the beginning is short for ego, and you all probably know that ego means self. And then there’s that second part, which you also know through words like autocracy—which is government by one person—and democracy—which is government by the people. So εγκρατεια simply means self-government or self-control. It’s a wonder that it didn’t enter the English language as egocracy, so similar is it to other words we already have.

This word is different from independence. We can see that here in 2 Peter, because self-control is part of a string of other attributes that brings us to God. But also, because we arrive at these things in fellowship with one another. In fact, from a common-sense perspective, we know that being able to govern oneself is unnecessary if there’s nobody around to make you lose control.

So the fruit of the Spirit is self-control. And we’ve obviously got the example of Karens and road-ragers to show us what not to do and how not to act. But we don’t need other people to lose control. We’ve got plenty of other things that govern us more than they should. Old versions of the Bible often translated εγκρατεια as temperance, which helps us understand how we can allow ourselves to indulge too much in things that aren’t healthy for us.

So a little bit about what self-control is not. Self-control (or self-governance) isn’t a grace; it’s not a gift of the Spirit. It’s a fruit of the Spirit. It comes to us not supernaturally, but as a result of the discipline we learn through the knowledge of Christ, of God’s word, and of the faith community. Self-control is also not self-denial. The Reformed tradition, shared by both the Disciples of Christ and the UCC, has never interpreted this fruit of the Spirit to mean that we shouldn’t enjoy what God sends us. The blessings of God should be enjoyed in moderation. As long as we’re in charge of our food or drink or recreation, we need not worry. But once we find them in charge of us, then we should take note. As long as we’re able to use our emotions for good, we are practicing self-control. But once we lose control of our emotions, then we are lacking in this last of the fruits of the Spirit.

Knowledge leads to self-control, 2 Peter tells us, and self-control leads to endurance. I feel that if you want to meet a Christian who’s achieved at least the endurance stage of the faith, go to a small church. We know endurance. If you’re part of a small church, you understand that we have to struggle through difficulty. Financial shortfall, clergy transitions, and especially the need to step up and play a rôle in making the church function—these are things we endure, and we endure them together. And there’s no better preparation for endurance than understanding self-control.

Self-control doesn’t mean being in control of everything. It’s knowing what we can take and what we can’t—what we can take charge of and what to steer clear of lest it take charge of us. Self-control is the last of the fruits of the Spirit Paul lists in Galatians. There are others—probably too many to name. But these nine should help us to understand how the Christian walk helps disciples bear fruit—fruit that helps us live in harmony with each other and with our neighbors near and far, and fruit that enables us go from strength to strength as we mature in the faith, moving from self-control to endurance to the unconditional love that we learn from Christ’s mouth and at his hand.
—©2022 Sam L. Greening Jr.