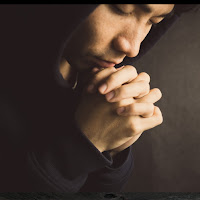 Today's call to worship was Psalm 100, and the opening song was the National Hymn. After the children's message, we sang What a Friend We Have in Jesus. The scripture passage was from 1 Timothy, and instructed us to pray for everyone—especially our leaders. The sermon was entitled Who to Pray For.
The service in its entirety can be viewed below (click on "read more"), and beneath that there is a transcript of the sermon.

Who to Pray For
As we sit here in our sanctuary this morning, we know that across the Atlantic there are people waiting in line for twelve hours or more to pay their last respects to the late queen. The news of our death hit me harder than I imagined it would. She was not my queen, but she was the queen. And I admired her sense of duty, her faith, and what I perceived as her kindness. Not many people work as hard as she did into their late 90’s, and for a nation to know only one head of state in over seventy years is nothing short of amazing.

How do you say thank-you to someone whom you respected—perhaps even loved—so much? Standing in line from dusk to dawn is one way. But what do you do when you reach your goal, when you finally get inside Westminster Hall and are standing in front of the queen’s coffin? I spent a little while watching the BBC’s livestream of the people passing through and here’s what I saw. First of all, it was a huge room filled with hundreds of people, and the silence was almost complete. Nearly everyone paid a sign of respect in some form or another. Most bowed solemnly—some with just a nod of the head, some deeply. Some women curtseyed. More people than I might have thought made the sign of the cross. A few blew a kiss. Those in uniform saluted. A few were from other cultures and perhaps from other religions, and the gestures they made seemed foreign to me, but were still beautiful to behold. As they reached the coffin, most people looked grave, a few were emotional.

But one thing that I noted was how the mourners looked as they walked away from saying good-bye to the queen. Regardless of the gesture they made—and you have to believe they planned in advance what that would be—it mostly seemed as though they weren’t quite satisfied. Was a final bow or curtsey enough to say good-bye to someone who had been a constant in your life since the moment they were born? Was one final sign of the cross enough of a prayer to pray at the coffin of such a dutiful queen? One young man arrived at the coffin, bowed, and walked away with a satisfied smile. But he was the exception. Those who looked like they wanted to go back and do more or say more or think more were in the overwhelming majority.

I urge that supplications, prayers, intercessions, and thanksgivings be made for everyone—for kings and all who are in high positions. These words were written nearly two thousand years ago, and this is what we’re seeing here for a leader who has died: Prayers and thanksgivings for a queen. There’s actually a formula for this in the Church of England—and the Church of Scotland. Prayers are offered for the queen (or now the king) in every Sunday worship service. In this way, the words found in 1 Timothy are fulfilled in the life of these churches.

These days only a small minority of the citizens of the United Kingdom attend public worship, so most of those viewing the coffin of Queen Elizabeth or shouting, “God save the King!” to King Charles aren’t doing so out of any scriptural obligation. It’s probably just a public outpouring of feeling that an entire nation is experiencing right now.

Not all leaders are as universally beloved as the queen, though, are they? Both now and throughout history, there are and have been tyrants, despots, dictators. And when this has been the case, no one has been able to go back and alter the scriptures. The truth is that, at the time those words were written—I urge you to pray for everyone, even (especially?) kings and other leaders—those very kings and leaders were a threat to people of the faith, people of our faith. Sometimes they openly persecuted the church. But at no time were they friendly toward followers of Jesus.

Remember that the New Testament was written entirely from, within, and to the Roman Empire. It was Rome that executed Jesus on a cross. But it was Rome and its agents which imprisoned the apostles. So why do we have this odd little passage telling Christians to pray for their oppressors?

I think there are two valid answers—two very good answers, in fact. First of all, there’s the religious answer: It’s what Jesus would’ve done and what he would have asked us to do. In the Sermon on the Mount, he said, “You have heard that it was said, ‘You shall love your neighbor and hate your enemy.’ But I say to you, Love your enemies and pray for those who persecute you.” Later in that same sermon, he talked about forgiveness—proactive forgiveness. He not only taught us a prayer that told us to connect our forgiveness with our willingness to forgive, but immediately afterwards, said that “If you forgive others their trespasses, your heavenly Father will also forgive you; but if you do not forgive others, neither will your Father forgive your trespasses.”

Forgiving the wrongs that have been inflicted on us and loving our enemies is part and parcel of what it means to be a Christian. And so how can we withhold our prayers from a person that Jesus has taught us to love? How can we not make intercession for those whom Jesus taught us to forgive?

The other answer to the question, Why do we have this instruction here in 1 Timothy? is more practical than religious. Though the Emperor in Rome was no friend to Christians, and though Rome sometimes persecuted the church, it was Rome that made the spread of Christianity possible in the first place. The world may not have been just, but there was no open warfare in the world in which 1 Timothy was written. There were good roads, there were busy ports and shipping routes between all the cities, and there was easy communication—at least by those standards. Never before could ideas be shared so easily over such great distances. Never before could the people sharing those ideas move from place to place so quickly and in such safety.

And so 1 Timothy told early Christians to pray for monarchs and other leaders. Jesus had said to love them, after all. And it was their rule which made it possible for the gospel to be shared.

And the 1 Timothy passage has not expired. We are still called upon to pray for those in authority. The order of the world makes the quiet practice of our faith possible. And it makes it possible to share our faith with others. No, we do not agree with all our leaders or their policies. But praying for them is relatively easy. And prayer can lead to love and forgiveness, for we cannot totally shut our mind to one who lives in our prayers.

1 Timothy doesn’t just tell us to pray for our leaders, however. Pray for everyone, we are told, because God loves everyone, and would bring wholeness into everyone’s life. We don’t just pray for ourselves and our family members. We don’t just pray for our friends and fellow church members. We’re called upon to pray for everyone. Those we love and respect, and those for whom we have little love and no respect. If it’s true that “prayer changes things,” then certainly we might be changed by our own prayers… that is, if we’re able to let go of grudges and resentments and partisanship. I’ll close with words that I spoke earlier: prayer can lead to love and forgiveness, for we cannot totally shut our mind to one who lives in our prayers.
—©2022 Sam L. Greening Jr.